My ancestors founded Youngstown Ohio and it was cool to learn that it was last nights final puzzle.

What Happened to Youngstown Township?

The Mahoning Valley is part of a tract of land that once belonged to the state of Connecticut. Connecticut’s Western Reserve was bordered north and south by Lake Erie and the forty-first parallel, and extended 120 miles westward from Pennsylvania. In 1795, Connecticut sold a portion of the Reserve to a group of speculators known as the Connecticut Land Company.

The company surveyed the land, marking several townships of twenty-five square miles to sell to individuals who would in turn subdivide the townships into smaller parcels for sale. 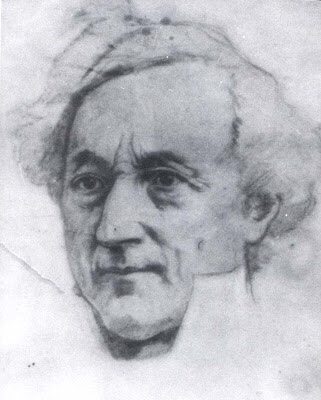 In 1796, John Young of Whitestown, New York, set out to view the land for himself before making a purchase. In February of 1797, Young visited Connecticut and purchased from the Connecticut Land Company Township Two in the Second Range of the Western Reserve. The sale was finalized on April 9, 1800.The first Court of Common Pleas and General Quarter Sessions was held at Warren on August 25, 1800. During that session, the Court divided Trumbull County into civil townships. The governmental township of Youngstown (not the same as the 5 miles squared township) comprised most of what is now Mahoning County and included the townships of Poland, Coitsville, Hubbard, Liberty, Youngstown, Boardman, Canfield, Austintown, Jackson and Ellsworth.

John Young (March 8, 1764 – 1825) was an American surveyor and pioneer. He is best known as the founder of Youngstown, Ohio, a village that eventually became one of the nation’s largest steel producers

Starting near the west end of the Spring Common (Peanut) Bridge near the B&O Railroad Station just west of downtown Youngstown and extending all the way to Fellows Riverside Gardens is the small, artsy, Youngstown neighborhood known as the Mahoning Commons.

By 1798, Youngstown was the home of several families who were concentrated near the point where Mill Creek meets the Mahoning River now known as the Mahoning Commons. The 1797 establishment of Youngstown was officially recorded on August 19, 1802. Although he never settled here permanently, two men in his party, James Hillman and Daniel Shehy did and have south side streets named after them.

The Mahoning Commons neighborhood grew up on the narrow flood plain on the south side of the Mahoning River. This neighborhood historically was a transportation and small industrial area with residential scattered throughout. It is the home of the City’s original water works, the historic B&O railroad station and the Western Reserve Transit Authority, located on the site of its predecessor, the Youngstown Transit Company.

Mahoning Commons was the site of Youngstown’s major flour processing entity, Baldwin’s Mill. Some of the mills foundation works and the waterfall that provided power to the mill still exist. There are several small industries and supply companies in the Commons as well as the old Isaly’s Dairy Company processing plant, now a U-Haul rental and storage facility,and the Ward Baking Company building, now home to small businesses and artist lofts.