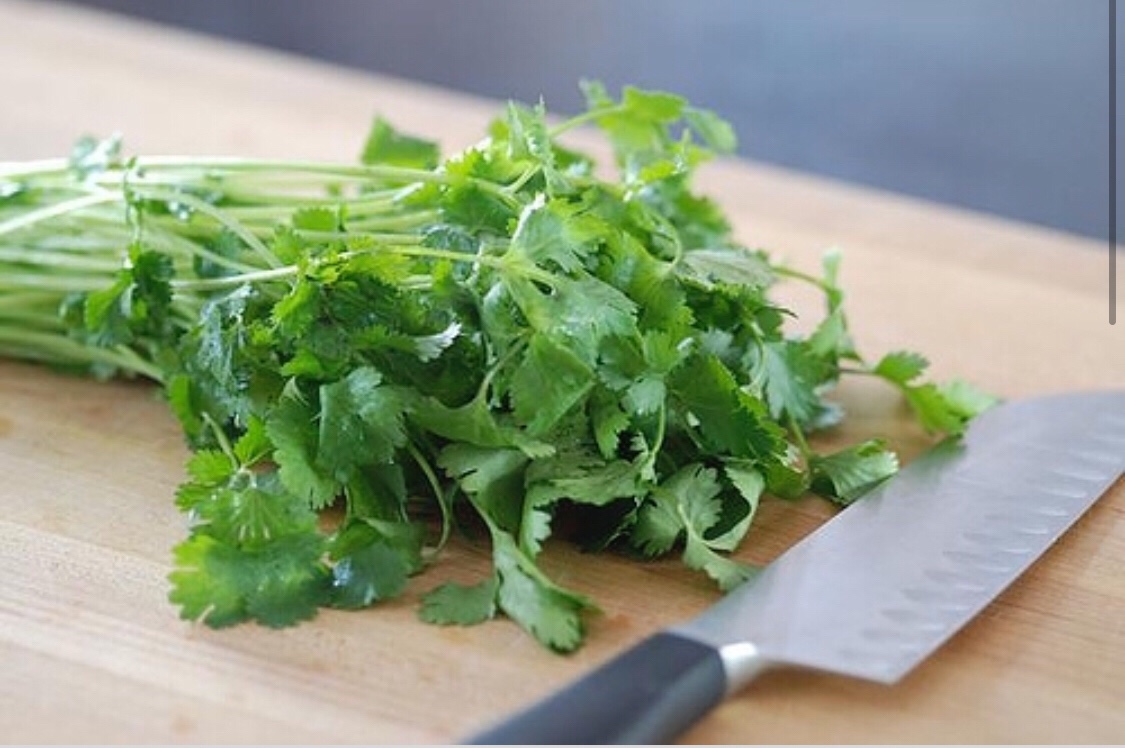 Coriander, also known as cilantro or Chinese parsley, is an annual herb in the family Apiaceae. All parts of the plant are edible, but the fresh leaves and the dried seeds are the parts most traditionally used in cooking

You either love it or hate it.

I personally love it

Cilantro is a herb that is related to parsley. It is a tasty addition to soups and other dishes, and the nutrients it contains may offer a range of health benefits.

Like many fruits and vegetables, cilantro is a good source of antioxidants

Using cilantro to flavor food can also help to cut down on sodium intake.

Consuming plant-based foods of all kinds is associated with a reduced risk of many lifestyle-related health conditions.

Some studies suggest that increasing consumption of plant foods like cilantro may decrease the risk of diabetes and also heart disease while promoting healthy skin and hair, increased energy, and overall lower weight.

A study, reported in the American Journal of Clinical Nutrition, suggests that some spices, including coriander, can prevent heterocyclic amine (HCA) from forming in meats during cooking.

The National Cancer Institute defines HCAs as chemicals formed when meat is cooked at high temperatures. A high consumption of foods containing HCAs is associated with a higher risk of cancer.

A study published in the Journal of Food Science looked at the use of five Asian spices, including Coriandrum sativum (C. sativum), or coriander, in cooking meats. In the meats cooked with those spices, the formation of HCAs was significantly lower.

There is a growing body of evidence that coriander may one day be useful as an analgesic and anti-inflammatory drug.

2 Toss to combine and coat the chicken well.

3 Cover with plastic wrap and place in the fridge for at least 30 minutes but preferably 2 hours, to allow the marinade to work.

4 Heat a skillet over medium-high heat with the olive oil.

5 Remove the chicken from the fridge and place in the hot oil.

6 Cook the chicken until well-browned on both sides and cooked through, about 6 minutes per side, or until the chicken reaches an internal temperature of 165 degrees F

7 Allow to rest for 5 minute before slicing and serving.

If you hate cilantro you can use parsley in its place.