He was born in the village of Patara in Lyrica, Asia Minor, about the middle of the third century.

His parents were extremely wealthy and devout Christians who raised him to know, love and serve God.

Nicholas’ parents both died when he was in his teens and he continued their charity toward the poor, the sick and the suffering. He used all the money his parents left him in order to assist the the poor, the ill, and the suffering. Imagine, giving up a hefty inheritance to help complete strangers, keeping little to none of it for yourself. Quickly, news spread of Nicholas’ generosity as a man who travelled the country helping the poor, children and the suffering — giving gifts of money and other presents anonymously.

Nicholas was ordained as a teenager and entered the priesthood at the young age of 19. Because of his dedication and his devotion to serving God, he was made the Bishop of Myra as a young man and his influence quickly spread across the lands.

One particular story of St Nicholas’ goodness is the reason many pictures show him with three golden spheres. St Nicholas heard about a desperate poor man who had three daughters and no money for a dowry. In those times a girls father had to offer a dowry — a substantial amount of money or something of value to his daughters prospective husband and family for her to have any chance of marrying.

A large dowry meant a good husband … the larger the better. Conversely, without a dowry, a girl was unlikely to marry. This poor man’s daughters, without dowries, were destined to be sold into slavery.

Upon hearing this, St Nicholas visited the man’s household in the dead of night and dropped bags of gold into the stockings which the girls had left to dry by the fire overnight. Ever since, children have hung up stockings on Christmas Eve hoping that St. Nicholas soon would be there. The three golden spheres associated with St. Nicholas represent the three bags of gold that he gave to the poor man so that his three daughters could be married.

Saint Nicholas is distinguished for his great faith and especially for his charity. He is the model for today’s Santa Claus, because his generosity was legendary. St. Nicholas was the epitome of love and affection, of caring and true love. He was selfless and joyful. He is honored by all the Catholics on the day of his death, his feast day, Dec 6.

Many Catholic children participate in the Advent ritual of St. Nicholas Day by placing their shoes outside their bedroom doors the night before Saint Nicholas Day. The next morning, well behaved children find their shoes filled with candy from the great saint. Naughty children are not so lucky. The celebration of Saint Nicholas Day reminds children that Christmas is coming, the birthday of Jesus Christ. It reminds them to prepare for the coming birth of Christ.

On the holy feast of St. Nicholas, let us meditate on his example and victory, through Jesus Christ, over the world, the flesh, and the devil. Let us put his life and example before our gaze again and beg St. Nicholas to “keep us safe amid all dangers so that we may go forward without hindrance on the road of salvation” (“Lives of the Saints for Every Day of the Year” by: Rev. H. Soever, S.O. Cist, Ph.D.) 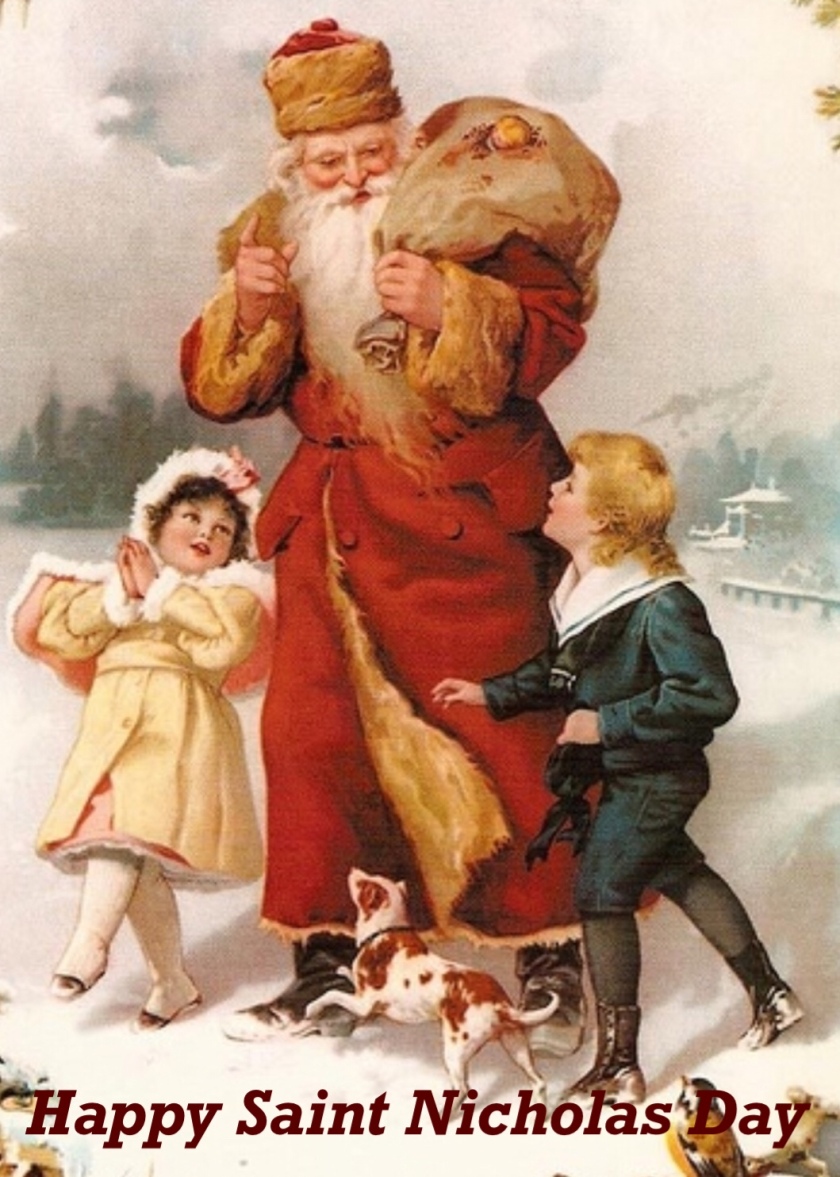