Honoring My Uncle – A True Hero that died in combat fighting for his country.

His birth name was spelled

Steve was only 20 years old when he was killed in action – He fought in Africa,Italy, Belgium, Germany and Austria .

He was in the chemical warfare service.

Sadly he wrote to his family on June 10 , 1945 stating he would be heading home later that month. his letter said to my grandmother Anna

” Mom I have fought in 5 campaigns and I am coming home the way you sent me.”

Unfortunately on July 7 less than a month later the family received a telegram announcing his death.

No cause was given

Before entering the service he worked for Republic Steel Corp in Youngstown , Ohio 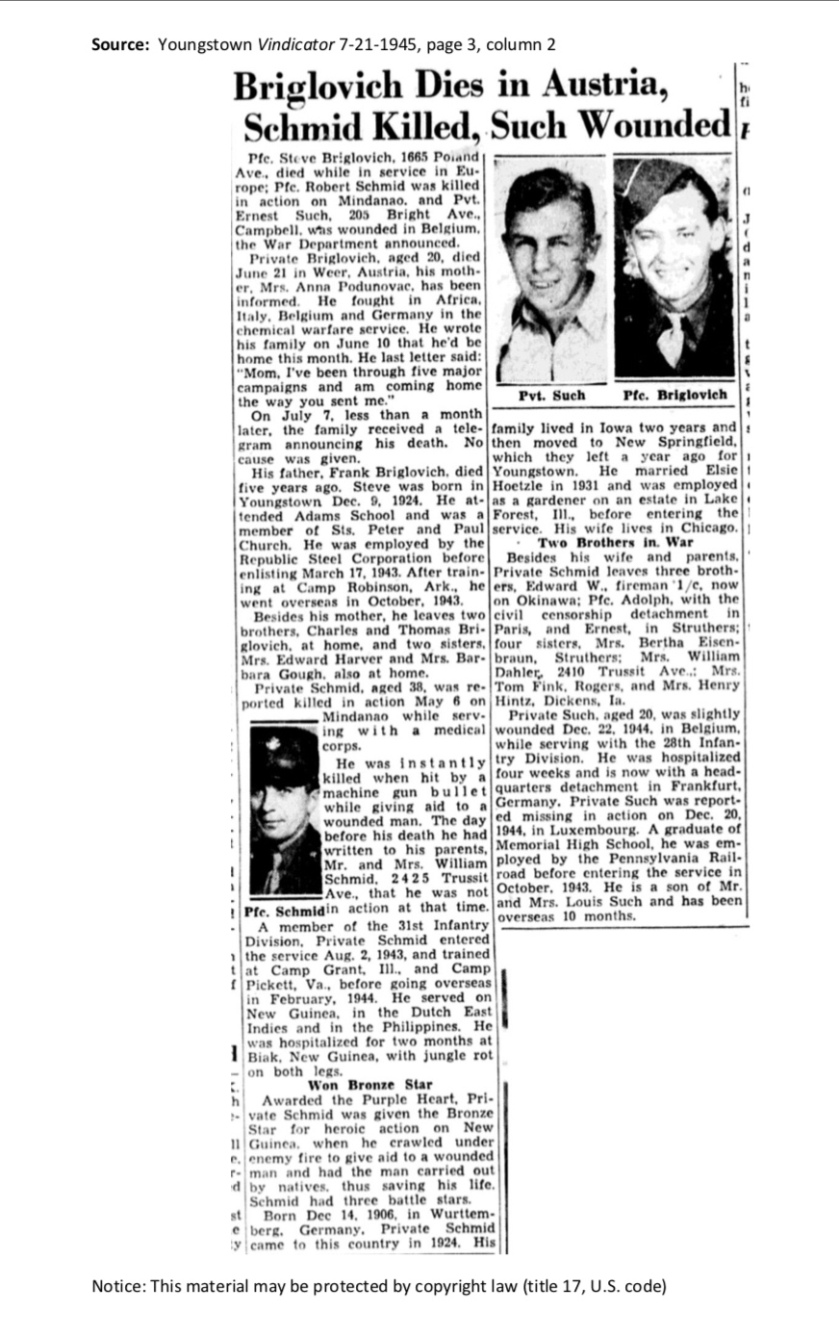 RIP I wish I would have known you

But I feel like I do know you. As I hunt and get tons of ancestry documents, newspaper articles etc.

I feel I know you. I am proud to call you my Uncle

Thank You for your service 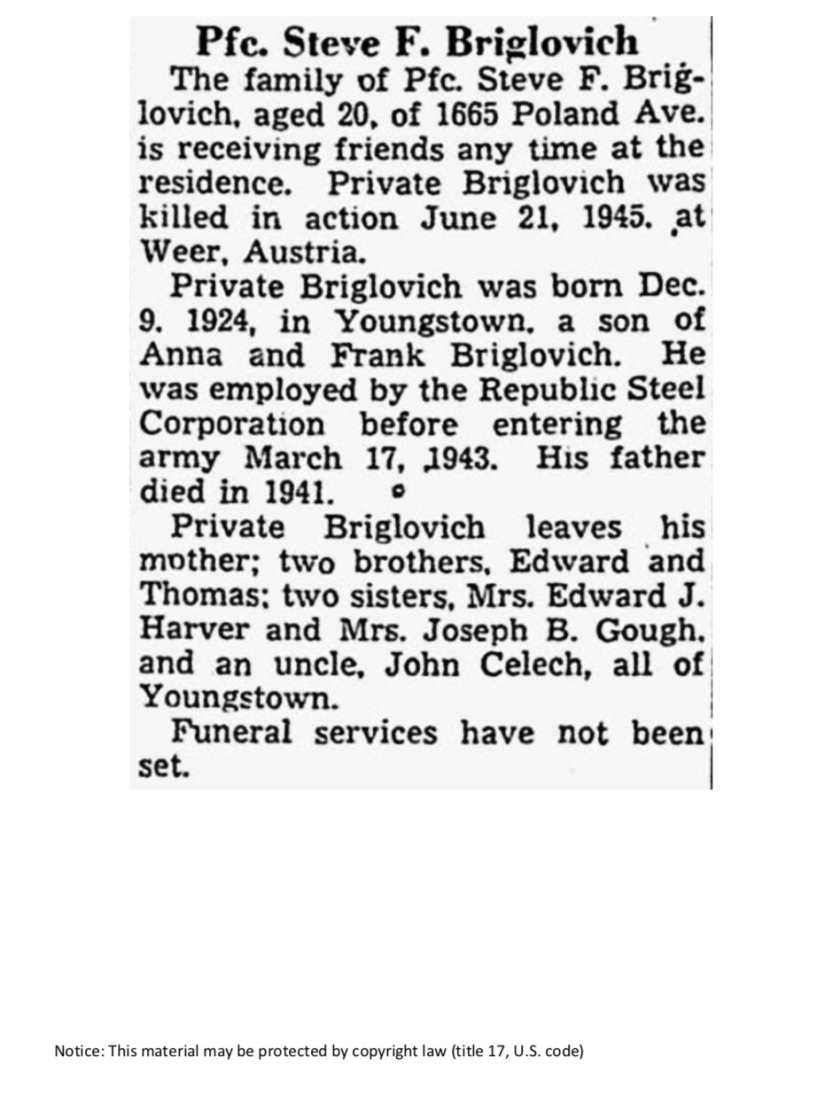 The sad part is my poor grandmother waited for her sons body to return home to the USA.

Their firepower was felt in Sicily, Italy, France, Germany, and Austria. Places such as Gela, San Pietro, Ceppagna, Anzio, Minturno, Venafro, Briancon, the Vosges, Colmar Pocket, Zellenberg, and Riquewihr saw them at their best. The battalion also lost nearly half their number in the sinking of LST 422, one of the worst naval tragedies of World War II. And after all this they were classified as Service Forces not entitled to wear the combat badge they repeatedly earned.

A great book to read is

An Honor No Family Wants

Gold Star families (or Gold Star American families) are the relatives of US military members who died in battle.