I read this article and had to share it. I am copying word for word as listed from pocket worthy

Try This Experiment to Get an Exact Number to Aim For

Constantly chasing more and more will make you miserable. The right goal gets you off the treadmill. 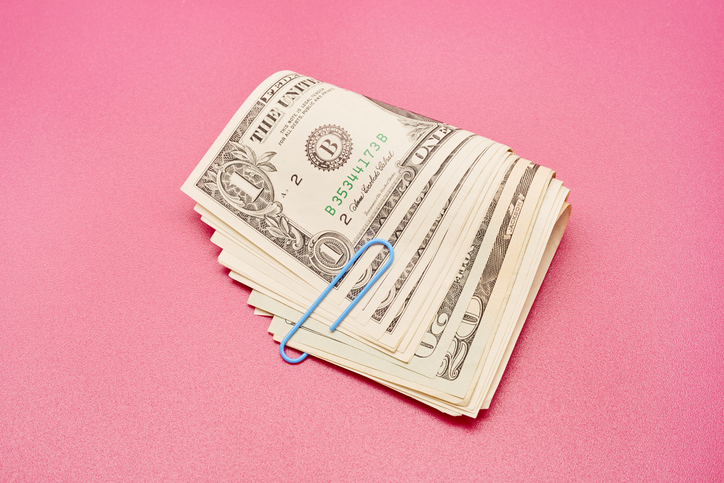 Have you ever read those articles where some extremely well-off family details their budget and then bemoans that they’re barely getting by?

It’s ridiculous that anyone could complain about raking in $350,000 a year, and it’s clear many of these folks are wildly out of touch with how privileged they are. But while these families may be extreme (and annoying), they aren’t alone. It’s not just the wealthy who fall into the trap of earning more only to spend more and feel just as dissatisfied.

How do you get off this treadmill?

The answer is not to compare yourself with others (Jeff Bezos will always be there to make you feel bad), or to blindly try to keep making more (there will always be some shiny, new thing to covet). The answer is to take a hard look at your own financial realities and aspirations and come up with a goal number. How much money is enough for you?

The Science of Money and Happiness

That number will be different for everyone, depending on your circumstances and values, but science can give us some sense of how much money might be “enough.” Research shows that up to a certain threshold (studies consistently put it at about $75,000 dollars a year, give or take a bit depending on cost of living) money has a big impact on both day-to-day happiness and life satisfaction.

If you’re below this level, making more will likely make you significantly happier. But beyond that point, each additional dollar adds a little less to your life. There is a level of wealth way before Bill Gates status that trading more effort and time for more money ceases to make sense (even Bill Gates says so).

One way to calculate that point is to figure out how much money you’d need to make decisions based entirely on enjoyment and impact, without pressure to earn. This is the goal of the catchily named FIRE movement (for financial independence, retire early). Its boosters generally say that 25X your expected annual expenses is enough. So if $50,000 a year is enough for you to live comfortably, you need to save $1.25 million.

There are other more elaborate calculators that can give you a sense of what financial independence means for you. But perhaps the best way to get a feeling for your goal number isn’t math but a simple thought experiment from writer Brad Stollery:

Suppose you’re one of five people who have been selected by a mysterious philanthropist to participate in a contest. The five of you all have comparable debt-levels and costs-of-living, as well as similar, middle-class financial situations. You’re all roughly the same age, equally healthy, have the same number of children, and you all live moderately low-risk lifestyles. Privately, and one by one, a representative of the donor approaches each of you with a blank check and a pen, and poses the following question:

How much money would you have to be paid, right here and now, to retire today and never receive another dollar of income (from any source) for the rest of your life?

The catch this time is that whoever among the five players writes the lowest amount on the check will be paid that sum. The other four players will get nothing.

This thought experiment forces you to cut away the natural impulse to aim ever upward (if you do that you’ll bid too high and get nothing). That result is however much you ask for is your number, the amount you’d need to live comfortably and pursue your goals if status and lifestyle inflation weren’t a factor.

Your answer might be a little bit higher or lower than mine or your neighbor’s. That’s fine. It’s not important everyone agree on a number. The important thing is that we each reflect enough to have one.

Because the alternative is being one of those people confessing online how you burn through a healthy six-figure salary and still feel stressed and dissatisfied. Your expenses and desires can be infinite. If you don’t want to chase them miserably forever, you need to put a cap on your financial ambitions yourself.